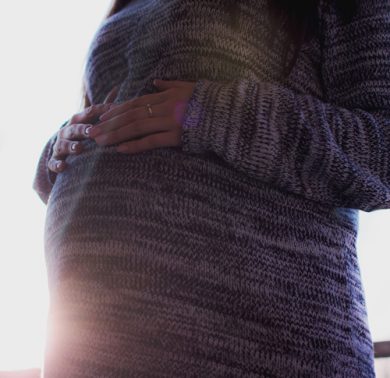 On the 1 May 2016, Nest Psychology opened its doors for business. In order to fully describe why I started up my home-visiting psychology service for new parents, I need to tell you about my journey to motherhood from the ending…

In the Brisbane hospital room in the Christmas of 2004, the doctor gave our first-born baby the all clear to leave the hospital.

“They are just going to let us take the baby home, by ourselves”, I whispered to my partner, hoping the mid-wife wouldn’t hear the disbelief in my voice. Aged 29, I had just given birth to our first son. On a hot day, we awkwardly fastened our baby into a car seat and drove home. In our modest house, we looked at each other while the baby slept, wondering, “Now what?”

Our ante-natal classes had informed us about the delivery itself, but we were left with virtually no information about what was to come next. Who was going to help me learn about looking after my baby – feeding, sleeping, holding, burping, winding, tummy time, sterilising, safety, attachment, illness and routines? Who was going to tell me about how to look after myself, and my relationship with my partner and the four grandparents? Surely an expert was going to move in to show us what to do …

During pregnancy, I was led to believe that I would be able to use my soon-to-be-had “maternal instincts” to know how to care for my child. I can’t remember being taught about the changes that were about to occur in the year following birth to my sense of self. In fact, it was almost as though no one wanted to frighten me about becoming a parent, for fear that the growing boy in my womb might spontaneously combust if I was told any home truths. I remember many experienced parents saying “just you wait” during my pregnancy, as though an incredible surprise was waiting for me around the corner, which they had been sworn to secrecy about.

I was not ready for the two-day day labour when I had my son, or the blissful epidural that I vowed I would not need, or the overwhelming sense of love that I felt when he was born (who knew babies could look so beautiful?). As a new parent, I made a concerted effort to hang on to the identity that I had cultivated over 29 years: career oriented, independent, world-traveller. I felt like a pioneer, with one foot in the 20-something life of my peers (my baby was born before the baby boom of my friends, which happened about 4 years later), and the other foot in motherhood. Geographically distant from my good friends and family who were mostly interstate, I felt lonely as I traded my days of working and socialising with colleagues, to spending long hours at home with my baby. To make matters worse, I had a “good baby”, who slept for 3 hour stretches at a time, making the home quieter, and ironically, the sense of isolation more profound.

I couldn’t help feeling dumb-founded that people get more instruction and supervision before they get their driver’s license than before they have a child.

With time, I did manage the transition to parenthood, becoming comfortable in my new skin. I navigated my way around the labyrinth that makes up early motherhood: child care, Medicare, Centrelink, play groups and baby contraptions (for example, the difference between a stroller and a pram). I came to understood that breast feeding was easier if you understood the “rooting reflex” and babies can be soothed by “being with” them in their distress, instead of giving them the boob, and that some crying is natural and normal. I worked out the best parking for the Emergency Department, as my “maternal instinct” for deciphering when my baby was seriously sick compared to just having a cold was seriously off (usually the hospital vending machine would cause my son to perk up and become well in an instant).

I worked things out through reading books, and trial and error, and my baby survived, and even thrived. However, I couldn’t help feeling dumb-founded that people get more instruction and supervision before they get their driver’s license than before they have a child (at least 100 hours of supervised driving including 10 hours of night driving!).

So, I decided to do something about this gap. I went back to university to complete my Master’s degree in Clinical Psychology and I spent 6 years researching how parents adjust to parenthood. I stumbled across some work by Richard Bridges, whose expertise was mainly in the field of change management. He described transition as a 3 step process of:

Whilst counter-intuitive to think of having a baby as being an “ending”, it made a lot of sense to me, as it described the process I undertook of lifting my foot out of my old identity and creating a new one for myself. It helped me to understand the complex change to one’s sense of self (particularly mothers) that occurs in the year after giving birth.

When I was pregnant with my first baby, I would have loved for someone to give me all the relevant information so that I could prepare myself for parenthood. And after having my baby, I would have relished the idea of someone coming to see me in my home to support me through the transition. That is why I have set up a new business, Nest Psychology – a home visiting service for pregnant and new women, where I live in Brisbane.

We will come to you and provide you with the support and information that I wish I had received 11 years ago.

Amy Kelly is an experienced Clinical Psychologist. She is passionate about working with children and families. She is also a mother to 3 boys. She works to maintain her own sanity by practicing yoga and travelling.